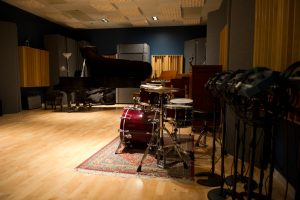 Studio A was designed by students in Peabody’s Master of Arts in Recording and Acoustics program with guidance from Adjunct Faculty Member Dr. Peter D’Antonio of RPG Acoustics, Inc. Construction was completed by Recording Arts and Sciences undergraduate students during the summer of 1999, and with it’s state-of-the-art Digital DPC console and digital multi-track recorders was one of the most comprehensive studios in any educational facility in the world. The studio was closed in 2002 during the Peabody Grand Arcade renovation and the equipment was reinstalled in a newly purpose built Studio 2002.

The Studio was reopened in January of 2004 with all new state-of-the-art equipment. Fully equipped with digital multi-track tape based and disc based recording with total automated mixdown facilities, it is linked to two of Peabody’s performance halls as well as to the other three audio engineering control rooms. The console is a 96-input Neve 88RS.  The multitrack recorders and digital workstations are a large multi-channel Avid/Digidesign ProTools HD 3 system and a Pyramix Masscore system. Tracks can be mixed to or recorded directly to a Tascam DV-RA1000HD or Compact Disc Recorders. 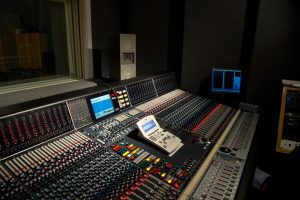 For video post-production, materials can be sent to Pro Tools and processed and tied to various software based video production systems. There are fiber optic routing paths throughout the Peabody facilities with bandwidth capable of carrying both MADI and SDI signals. For monitoring, Studio A was outfitted with a world-class Lipinski Sound monitoring system in the fall of 2008. The Lipinski system, which is one of the most accurate studio monitor systems available today, consists of two Lipinski L-707 main speakers and a Lipinski L-150 subwoofer. A dedicated computer running Metric Halo’s Spectrafoo software provides a full compliment of metering options for any type of situation.

Outboard equipment includes microphone preamplifiers by Millenia, Grace, and API as well as a comprehensive reverberation system from a Lexicon 960L.

Studio A is also equipped with several pieces of vintage gear including a pair of Lang PEQ-2’s which were in place in the original Peabody Recording facilities in 1969, an authentic EMT 250 plate reverb, a UREI 1178 Limiting Amplifier, a stereo pair of UREI LA-4 compressors (modded by Eddie Ciletti of Manhattan Sound), and a TC Electronics 2290 Digital Delay.

In short, once again the Peabody Recording Studio A is the standard to which others aspire. 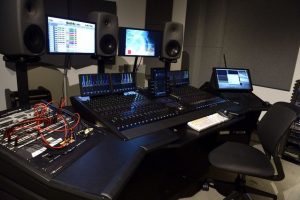 Studio B was rebuilt in the summer of 2007 and is Peabody’s first control room to be centered around a Digital Audio Workstation. An Avid/Digidesign Pro Tools HD 3 system with a D-Command control surface provides Studio 203 with huge range of capabilities. A full 5.1 system consisting of Genelec 8260a DSP active monitors make the room an ideal environment for auditioning high resolution surround recordings and working with sound for picture. Outboard gear consists of microphone preamplifiers from D.A.V., an SPL Mix Dream, and a dedicated Spectrafoo metering system. Additional processing plug-ins from Waves, McDSP, Antares and Melodyne are also available. 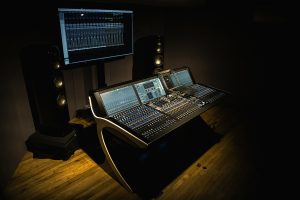 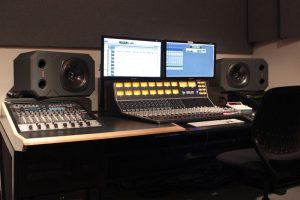