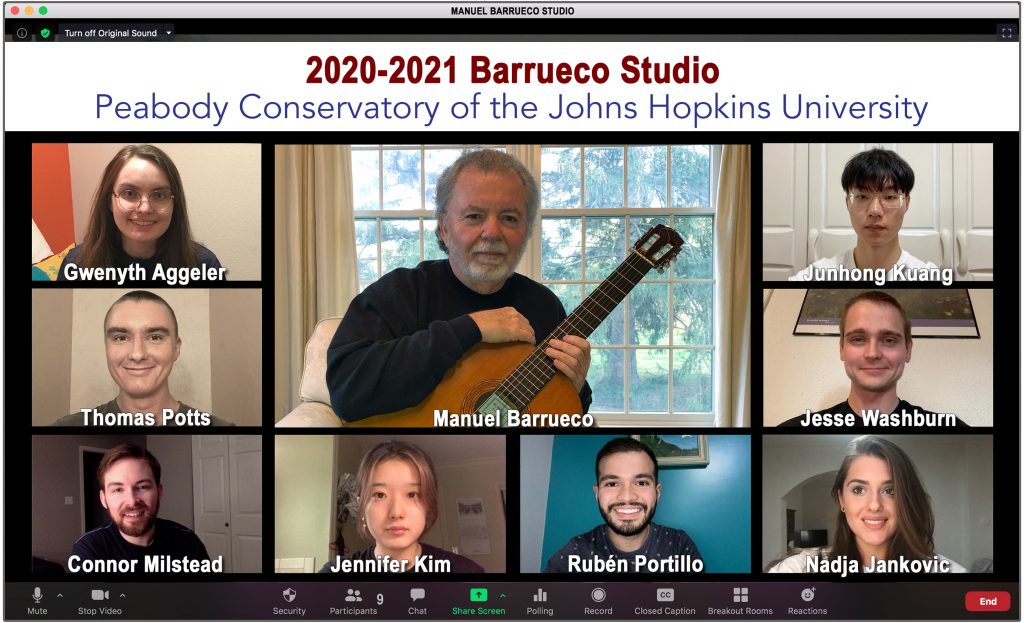 Gwenyth Aggeler is a 17-year-old guitarist from Denver, CO. She began studying the guitar at age 6 with Aaron Medina and continued her studies in middle and high-school with Alex Komodore.

Gwenyth has performed in master classes with Manuel Barrueco, Martha Masters, Judicaël Perroy , Los Romeros, Jason Vieaux, and Thomas Viloteau. She is currently pursuing a Bachelor of Music degree at Peabody Conservatory in the studio of Maestro Manuel Barrueco.

19-year-old Junhong Kuang, has achieved tremendous notoriety in a very short amount of time. He began receiving professional training in classical guitar under the guidance of Professor Xu Bao in 2009. Two years later, he won first prize in the Thailand International Guitar Competition, and shortly thereafter, he was awarded a prize for best interpretation of a Spanish work and a work by J. S. Bach, at the Iserlohn International Guitar Competition in Germany. In May 2016, he won the Peggy and Yale Gordon Concerto Competition at Peabody.

Connor has had the privilege of performing as a soloist with the Treasure Coast Guitar Society, being featured in several events by the Sarasota, Seven Hills, and Florida State guitar societies, as well as performing in master classes led by Pavel Steidl, Judicaël Perroy, Thomas Kirchoff, among many others.

Connor teaches at the St. Mary’s College of Maryland and is pursuing a Doctor of Musical Arts degree in Guitar Performance with Manuel Barrueco at the Peabody Conservatory.

Ruben Portillo comes from Ciudad del Este, Paraguay, and started playing guitar at the age of 7. He first studied with Agustin Zaracho and Marcos Quevedo in his city Ciudad del Este, Paraguay. In 2012 he decided to start traveling every weekend to another city of his country called Asunción to study with Felipe Sosa, Marcelo Sosa, and Berta Rojas. In 2017 he moved to United States to pursue a five-year Bachelor of Music/Master of Music degree in the studio of Manuel Barrueco at the Peabody Institute.