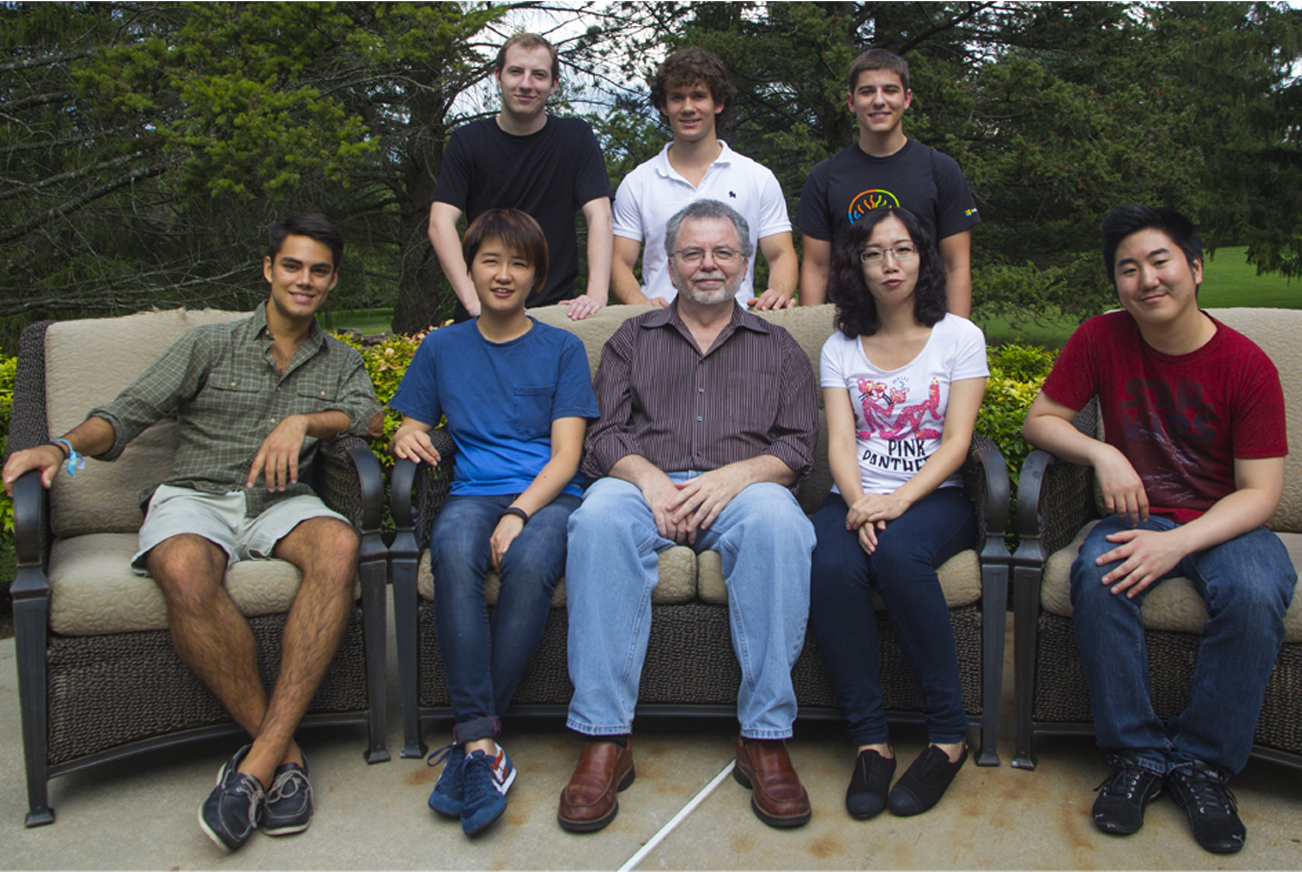 Jeremy Lutty is currently pursuing his master’s degree under Manuel Barrueco at the Peabody Conservatory of The Johns Hopkins University, where he also received his bachelor’s degree.

Lyons received a BM in guitar performance (Summa Cum Laude) from the Florida State University, where he studied for four years with Bruce Holzman, and holds an MM in guitar performance and pedagogy from Peabody, where he studied with Manuel Barrueco. While attending Florida State University, he also studied the viola da gamba with professor Pamela Andrews, the Renaissance lute with Anthony Rooley, and the gu-zheng (an ancient Chinese zither) with Haiqiong Deng. He was a member of the FSU Viols, the FSU Chinese Ensemble, and he regularly accompanied the FSU Early Music Ensembles, under the direction of Jeffery Kite-Powell.

As a guitarist,  Lyons has performed in cities throughout the U.S. such as Philadelphia, Baltimore, New York, and in several master classes for artists including Franco Platino, Scott Tennant, and Manuel Barrueco. While maintaining an active performing career, Lyons is also the current guitar instructor at A.R.T.I-S.T music education center in Perry Hall, Maryland. Most recently he has performed with the Baltimore Symphony Orchestra under the baton of Marin Alsop in their 2010 Gala Concert. He was also recently awarded first prize in the 2009 Philadelphia Classical Guitar Society Student Competition in the collegiate division.

Jeremy Lyons is currently completing his DMA at Peabody, where he studies with Manuel Barrueco

Jorge Aurelio Menendez was born in Washington, D.C., where he began his classical guitar studies under Berta Rojas at the Washington Conservatory of Music at the age of 11. He was an honors student at the conservatory every year and finished his studies there under the teaching of Orlando Roman. Menendez has won numerous prizes, among them first prize in both the junior and senior divisions in the annual John and Susie Beatty Music Scholarship Competition for Classical Guitar, in addition to the annual composer awards for the Best Performance of an Agustín Barrios Composition in 2008, of an Antonio Lauro Composition in 2009, of an Heitor Villa-lobos Composition in 2010, and of a Manuel Ponce Composition most recently in 2011. These prizes brought him to perform at the Millennium Stage at the John F. Kennedy Center for the Performing Arts several times since 2008. He also performed there in 2008 at the Capitol Talents Performance, having been selected to represent the Washington Conservatory of Music. In 2010, Menendez was selected to perform music of the Brazilian composer Heitor Villa-Lobos at the Meyerhoff Symphony Hall in Baltimore, as part of a program with the Baltimore Symphony Orchestra intended to display music from different cultures of the world.

He is currently pursuing a dual degree at the Johns Hopkins University and the Peabody Conservatory in Baltimore, where he is majoring in classical guitar performance under the guidance of Manuel Barrueco.

Oscar Somersalo was born in 1990 in Vantaa, Finland, and started playing the guitar at the age of 6. Somersalo began his guitar studies at East-Helsinki Music Institute under the guidance of Paul Pajarinen and later continued under Carlo Ambrosio in Italy. In 2012, he completed his Bachelor of Music degree in the Sibelius Academy under the direction of Andrzej Wilkus.

Somersalo has performed in several countries. In 2008, he performed at Tucsia Guitar Festival in Italy, and in 2009 at the Chamber Music Festival in Kauhava in Finland. In 2009 he won the second prize in the international guitar competition “Ciudad de Llerena” in Spain. In 2011, he performed with the Finnish Radio Symphony Orchestra in Helsinki.

Shon Stelman was born in 1996 in Hadera, Israel. At the age of ten, he discovered a passion towards classical music and was encouraged by his parents to start playing a musical instrument. He chose the guitar as his instrument and began taking lessons from Dalit and Marcelo Raij.

In 2009 Stelman received first price in the Granquist Memorial Music Competition, and he has participated three times in the International Youth Competition held annually by Guitar Foundation of America, where he received second place in 2012, as well as first place at the SAM Competition in Chicago.

In his senior year in high school, Stelman had the honor and privilege of performing solo on Chicago’s classical music radio station WFMT, and later that the year he performed Joaquin Rodrigo’s Concierto de Aranjuez with his school orchestra.

Stelman has achieved high scores for participating in IHSA for his school and has participated in several master classes for Brian Torosian and Eliot Fisk at the Boston Guitar Festival, where he also took part in a competition.

Shon Stelman is currently pursuing his Bachelor’s Degree in the studio of Manuel Barrueco at the Peabody Conservatory of the Johns Hopkins University.

Embarking on an exciting guitar career as one of the most outstanding guitarists of her generation, Meng Su began her training in classical guitar with renowned Professor Chen Zhi at the age of nine, where she quickly began attracting attention as a remarkable young talent. Before graduating from the High School of the Central Conservatory of Music of China in 2006, Ms. Su had already won many awards, including the 5th Vienna Youth Guitar Competition, the 48th Tokyo International Guitar Competition, the Christopher Parkening Young Guitarist Competition, and the 2nd Iserlohn International Guitar Competition in Germany.

Ms. Su performs regularly in chamber music setting, both with orchestras as a soloist, this past season she performed the Concierto de Aranjuez by Joaquin Rodrigo and Osvaldo Golijov’s Ayre for a chamber music ensemble. With her duo partner Yameng Wang, she has toured Europe and the United States in trio with her mentor Manuel Barrueco.

Ms. Su’s discography includes a live CD and DVD release of a 2005 guitar concert in Korea as well as a release of “Four Angels” as well a trio recording in collaboration with Manuel Barrueco, “China West” –a stunning showcase of artistry and virtuosity.

Meng Su obtained her Performer’s Certificate and two Graduate Performer’s Diplomas, both as a soloist and as a chamber musician, and is currently pursuing her Bachelor’s and Master’s Degrees, all with Manuel Barrueco at the Peabody Conservatory in Baltimore, USA.

John Marcel Williams was born in 1994 in Wintersville, Ohio. He began to play the guitar at the age of 9 and began studying with Stephen Aron, professor of guitar at the Oberlin Conservatory, at age 13.

In 2011, John Marcel Williams was a featured as soloist on National Public Radio’s program “From the Top” and was the recipient of the Jack Kent Cooke Young Artist Award.

Williams has performed in master classes with guitarists such as Jason Vieaux, Pepe Romero, Eliot Fisk, Eduardo Fernandez, and Bruce Holzman, and he is currently pursuing his undergraduate degree at Peabody, where he studies with Manuel Barrueco.

Fang Yuan was born in Qingdao, China. She began playing the classical guitar at the age of 10 and from an early age, received first prizes in many competitions. She has participated in numerous master classes with renowned guitarist such as Pepe Romero, Angel Romero, Shin-ichi Fukuda, Suzuki Yei, and Shingo Fujii.

From 2005 to 2009, Yuan studied with Danny Yeh at the Shanghai Conservatory of Music in Shanghai, China. After finishing her Bachelor of Music degree, she managed a musical school in her hometown of Qingdao with nearly 100 students.

Yang is currently pursuing her Master of Music degree at Peabody, where she studies with Manuel Barrueco.

Originally a violinist, Jonathan Zwi began playing the classical guitar at the age of 18, when he found a passion for the instrument during his undergraduate studies at Indiana University-Bloomington. He completed his Bachelor of Music degree under the direction of José Antonio López, Julio Ribeiro and Ernesto Bitetti.

In addition to his degree in music, Zwi also received degrees in philosophy and cognitive science. He was the recipient of several research fellowships at both Indiana and Yale Universities and has presented his work at research conferences across the United States. In 2002, he won a grant from the NIH to conduct research on the structural connectivity of the macaque cerebral cortex with Olaf Sporns, with whom he co-authored a paper that was subsequently published in Neuroinformatics.

In June of 2007, Zwi moved to Brazil to focus on the guitar and re-identify with his heritage, and, in July, he won first place in the first Eustáquio Grilo International Guitar Competition. As part of his award he toured Brazil, performing concerts in the cities of São Paulo, Rio de Janeiro and Brasilia.

During his time in Brazil, Zwi was a student at the School of Music at the Federal University of Bahia under the guidance of Mario Ulloa. He was also enrolled in the University’s School of Fine Arts, specializing in printmaking, silkscreen, and photography and has shown his work in various exhibits and galleries throughout Salvador, Bahia. He has continued to exhibit his work upon returning to the United States.

Currently at Peabody, Zwi is the graduate assistant in guitar to Manuel Barrueco and in musicology to Elizabeth Tolbert. He has been the recipient of the Richard Franko Goldman Prize for Performance as well as the Presser Foundation Award. He completed his master’s degree under the guidance of Ray Chester and is currently a candidate in the doctoral program under Manuel Barrueco.