From the Practice Room to the Recording Studio

“These pieces are trouble! Too difficult to play!” That’s how I was warned back then, as an undergraduate guitar student, when I considered learning the guitar works of Claudio Santoro (1919-1989). At that moment I had no idea that these pieces would become the very topic of my master’s thesis and that, years later, during my doctorate at the Peabody Conservatory, I would have the opportunity to present their premiere performance in the United States, as well as release their premiere complete recording.

When I learned that Santoro’s guitar pieces were very little known and seldom performed, I wondered what it would be like to record them. It is important to note that, although Santoro is not a Brazilian classical music name as well-known as Villa-Lobos, this has nothing to do with artistic merit and relevance. A prolific composer, one of intense creativity and strong political beliefs, Santoro navigates the 20th century, going from twelve-tone technique, to nationalism, to electroacoustic music, collecting prizes and badges in different countries for his contributions to culture. Now, being a Brazilian composer of such dimension and having written only two chamber pieces with guitar and four pieces for solo guitar—an instrument so emblematic of Brazilian culture—is still an intriguing fact.

The Dois Prelúdios (1982), Estudo (1982), and Fantasia Sul-América (1983) became my companions through years of musical analysis, comparisons between editions and manuscripts, as well as performance practice research. Since my master’s studies, with Edelton Gloeden at the University of São Paulo, Brazil, the idea of recording these pieces has become more and more present, but without much clarity about the paths to accomplish it.

Noticeably, while taking courses in Professional Studies at Peabody, sharing experiences with colleagues, and having the advice of faculty members such as Dr. Zane Forshee and my major teacher Mr. Julian Gray, the possibilities of an artistic project in the shape of a recording started to make sense. Then, through a Peabody Career Development Grant, as well as collaboration with the Recording Arts Department, what was just an idea finally became a reality: in December 2021, I released the premiere recording of the complete solo guitar works of Claudio Santoro titled “Brazilian Guitar Soundscapes – Claudio Santoro.”

In the short video below, Felipe discusses Santoro’s guitar works and the EP:

I would like to share with you some of the challenges, discoveries, and achievements that I experienced throughout this project, such as:

IN SEARCH OF A RELEVANT, CONSISTENT AND DOABLE PROJECT
Outside of the classical music scene, I would often see artists releasing EPs and singles. The idea then came to my mind: producing a classical music EP would probably be something affordable and doable! Although not as standard as the format of a full album, making an EP also represented a fresh, yet professional way to feature Santoro’s unique and unexplored guitar works. From there on, I reached out to Santoro’s copyright heirs, proceeded to budgeting and planning, and finally to the grant application. Once my proposal was approved, I was very fortunate to have my major teacher, Julian Gray, joining the project as an advisor and coproducer.

ADAPTING TO A NEW RECORDING/EDITING STRATEGY
Another amazing addition to the project has been Ed Tetreault, manager of the Peabody Recording Arts & Sciences, as a sound engineer. As we moved to in-studio recording, the sessions went seamlessly, thanks to the great experience of both Ed Tetreault and Julian Gray. Yet, I must say, that part of the process required some degree of adaptation from me. Although I am trained as a classical guitarist, most of my preceding recording experiences took place within the context of contemporary popular music. I was used to interrupting the music whenever necessary to redo and patch up passages, editing them right on the spot with a recording technician. However, this time we were using a more standard classical music procedure: doing full takes of each piece and then, at a later moment, listening to all the recorded material to choose the best version of each piece and passage. Of course, there is a lot to talk about and learn from both processes – which could be the topic of a whole other discussion – but, at the end of the day, I can say that I prefer the way we did it for this project, because not having to spend in-studio recording time on editing saved us a significant amount of time, money, and energy.

UNDERGOING THE PANDEMIC AND MOVING TO ANOTHER COUNTRY
Once we finished recording, the next steps were mixing and mastering. However, that is when the COVID-19 pandemic struck. Along with the priceless losses and varied consequences of this extreme situation, my wife and I moved back to our home country, Brazil. For my EP project, the move significantly impacted the timeline and schedule, as well as added certain frustrations and anxieties. Thankfully, with technology, all the project’s upcoming steps could be completed virtually at a flexible pace. Amidst this scenario, I had to be patient with myself, by filing away projects that I could attend to later.

CHOOSING BETWEEN WORKING WITH A LABEL OR INDEPENDENTLY
Choosing between working with a label or releasing the recording independently was, for me, one of the most complex issues. This took lots of thinking and many conversations with colleagues and teachers, and even delayed the project. Finally, considering the budget and the purpose of this EP, I chose to go ahead without signing up to a recording label. I decided it was worth venturing myself in the process of releasing independently, for the sake of learning about how it works, and preserving flexibility on both my timeline and budget. 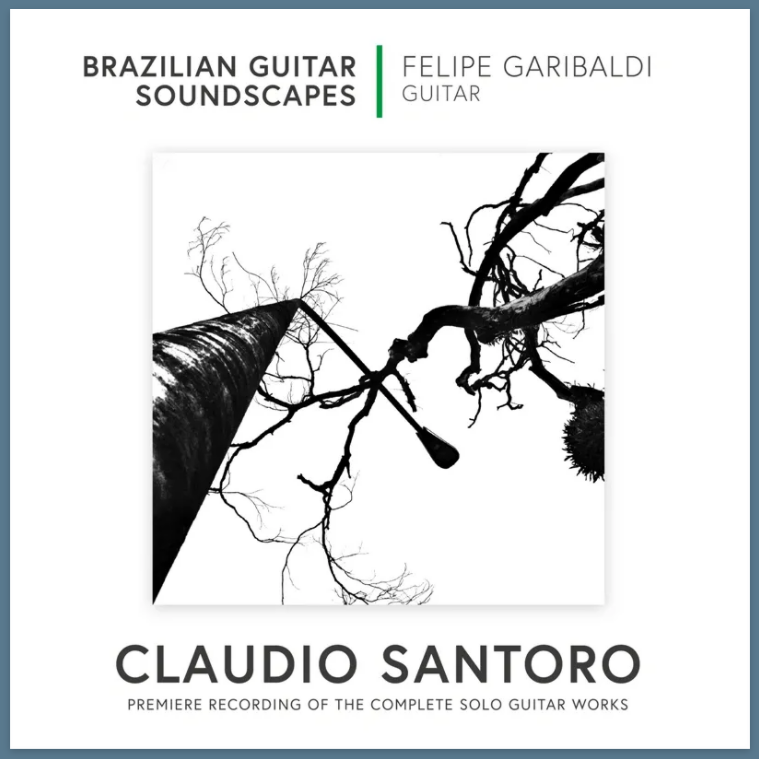 By this point, the pieces were edited and mixed, and I had cover art prepared for the EP, designed by Jean Carlo Oliveira, my brother-in-law, using a photo by Eduardo Sardinha. Despite all of that, the next steps somehow remained obscure: generating ISRCs, consolidating final master audio files of the pieces, copyright registration, distributing online. . . Not surprisingly, I was able to begin solving these challenges through a good deal of online research and conversations with people – such as independent music producers and other artists I knew – as well as building up the courage to start taking the necessary steps. Since I had moved back to Brazil, I registered my EP and myself at a Brazilian music copyright association, then signed a distribution agreement with a well-known independent label and distributor service also based in Brazil. Even when the first steps are uncertain, sometimes you just must start and, little by little, things will begin falling into place.

PROMOTING “BRAZILIAN GUITAR SOUNDSCAPES: CLAUDIO SANTORO”
The time had finally come to put together a pre-release promotion strategy: creating social media posts (for which I sincerely thank my wife Francielli Oliveira), producing videos, and using a pre-save feature from the distributor. This was all important since I had no label to promote the EP. No one would know about the release if I did not promote it.

With the EP about to come out, I reached out to Brazilian producer and journalist Alessandro Soares at Acervo Digital do Violão Brasileiro, looking for further promotion, which has been paramount to my release, since they are currently the main online portal for Brazilian guitar-related content.

On the day of the release, I went live on Instagram, happily joined by pianist Alessandro Santoro, Claudio Santoro’s son. Thanks to him and to Acervo Digital do Violão Brasileiro, this premiere recording reached a wider specialized audience, which I consider a success.

Listen to the EP

And it came to pass that the terrible “trouble pieces” have unraveled as a venture full of learning and artistic improvement, thanks to the support of some amazing and inspiring people. I hope the EP may be a contribution to the guitar repertoire, and that sharing this journey might be encouraging to artists who are envisioning their first recording project.

Felipe is an active performer and guitar pedagogue, dedicated to innovating the guitar repertoire through premiere performances and recordings. He sees the guitar as a vessel of cultural diversity, capable of creating new connections between people.