The Peabody Horn Studio is one of the most active and vibrant horn studios in the country. 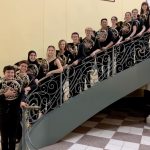 Brass players at Peabody study and perform music representative of all periods and styles in the following ensembles: Peabody Symphony Orchestra, Peabody Wind Ensemble, Conductors’ Orchestra, and a wide variety of chamber groups coached by members of the faculty. 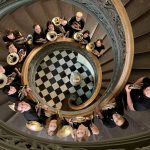 Peabody students are engaged as substitutes in the Baltimore Symphony Orchestra and are also regularly employed by other metropolitan and community orchestras, opera companies, chamber groups, and choral ensembles. The Baltimore/Washington area is rich in opportunities to hear and perform symphonic, operatic, and choral music of all kinds. The vast cultural resources of Washington, D.C,. are easily accessible by car, train, or bus.

Wei-ping Chou has been praised by the New York Times for her "consistent, strong" and "smooth and full" horn playing. Chou was the first and only horn player in Juilliard School history to be awarded the Artist Diploma.

Robert Rearden joined the National Symphony as second horn in 2016. He previously served as principal horn of the Florida Orchestra from 2010-2016.