More than 300 singers attended online rehearsals during the 2020-21 season. The video below shows one of our groups in a virtual performance.

Age-appropriate vocal training, exposure to art and folk music of various styles, a sequential approach to music literacy, and performances in exceptional venues. 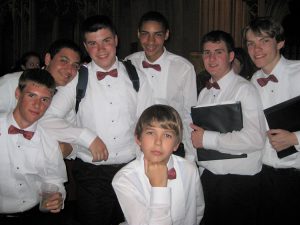 Cantus, an ensemble for changing or changed voices, creates an opportunity for singers ages 11-17 to continue singing through their vocal transition in a nurturing and educational rehearsal environment. Students focus on developing healthy vocal technique through warm-ups and the study of careful selected choral literature.