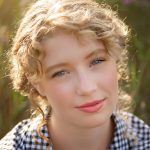 Mezzo-Soprano Isabel Bos is a freshman student at the Peabody Institute, where she studies in the studio of Dr. Carl DuPont. Originally from Michigan, she has participated in many MSVMA events, such as: state solo and ensemble festival, state and all-state choir, and the Michigan Youth Arts Festival. She has appeared as Lady Saphir in Gilbert and Sulivan’s Patience as well as Silver Dollar in Douglas Moore’s The Ballad of Baby Doe. She has sung in the Holland Chorale for several years, and has had the privilege of performing alongside them at Carnegie Hall. Isabel is excited to continue to grow in both ability and character during her time spent at Peabody.

Laura Carskadden, a mezzo soprano, decided to pursue a career of music and opera to achieve connection between people with whom she would have never been able to communicate. She travelled to Costa Rica to sing Women 2 in Songs for a New World by Jason Robert Brown at Teatro de Eugene O’Neill and attended numerous programs including SongFest in Los Angeles, Frost School of Music in Salzburg, Austria, MIOpera in Illinois, and Boston Conservatory in Valencia, Spain. Ms. Carskadden received her B.A. in Music: Vocal Performance in 2019 and is currently pursuing her M.M. in Vocal Performance and Pedagogy at Peabody. She performed as Prince Orlofsky in Die Fledermaus by Strauss at High Point University and MIOpera and is learning Dorabella from Cosí fan tutte by Mozart this semester at Peabody. She has performed selections as Jo from Little Women by Adamo, Third Spirit from Die Zauberflöte by Mozart, and Ma from The Tender Land by Copland. She also sang with the North Carolina Opera Chorus in Norma by Bellini. Laura Carskadden is excited she is able to continue her studies with Carl DuPont at Peabody through the pandemic when music is needed more than ever. 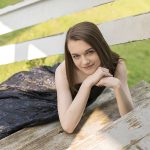 Caroline Colvin, mezzo-soprano, has established herself as a multidisciplinary artist in the greater Washington metropolitan area. She is currently a second year bachelor’s student at the Peabody Institute of the Johns Hopkins University, concentrating in bel canto and musical theatre techniques under the tutelage of bass-baritone Carl DuPont.

Caroline considers herself a ‘storyteller of the stage,’ with robust performance experience spanning both lyric and straight theatrical material. Recent engagements include Aunt March in Little Women (dir. Nadia Guevara), Marina in Uncle Vanya, and Florence in The Curious Savage (dir. Matt Neal). Caroline’s crossover work is perhaps best illustrated through her appearance as Starveling/Opera Chorus in A Midsummer Night’s Dream with Shakespeare Opera Theatre, performed with Mendelssohn’s incidental music and Shakespeare’s original text. Caroline has also been featured as the “Hurry” soloist in Leonard Bernstein’s Mass and contralto soloist in Antonio Vivaldi’s Gloria.

Caroline’s scholarly interests focus on the intersection of art and social justice. In 2020, she was selected for Johns Hopkins University’s selective Community Impact Internships Program (CIIP), sponsored by the JHU Center for Social Concern. Due to the COVID-19 pandemic, this program has been postponed to June 2021. Kyle Forehand, baritone, is a Little Rock, Arkansas native, currently pursuing a Bachelor of Music in Vocal Performance. A transfer from the University of Arkansas at Fayetteville, Kyle was most recently seen in the UARK Opera Theatre’s production of Hansel and Gretel (Humperdinck), singing the role of ‘Father’, as well as the leading baritone “Jim” in Opera In the Rock’s (Little Rock’s professional opera company) production of the contemporary opera The Gift of the Magi by David Conte. At the University of Arkansas, Kyle was under the tutelage of former Metropolitan Opera baritone and first American winner of the Cardiff Singer of the Word Competition, David Malis. Previous instructors also include Metropolitan Opera soprano Diane Kesling, and Dr. Ann Chotard, founder and director of the Arkansas Opera Theatre and Wildwood Park for the Arts.

In 2017, Kyle made his international debut, performing the role of “Belcore” in L’Elisir d’Amore (Donizetti), with the Brancaleoni International Music Festival of Piobicco, Italy. Other previous operatic performances include “Bob” in The Old Maid and the Thief (Menotti), roles in Die Zauberflöte (Mozart), Noye’s Fludde (Britten), and Le Nozze di Figaro (Mozart), among others. In 2019, Kyle performed the bass solos of the Lord Nelson Mass (Haydn) with the over 250+ member University of Arkansas Symphony Orchestra and Chorus, under the baton of the Dr. Stephen Caldwell. Among his accomplishments, Kyle has been a multi-time finalist in the Kristin Lewis International Singing Competitions, as well as finalist and winner of numerous NATS competitions, both at state and regional levels. Kyle looks forward to his journey at Peabody under the instruction of Dr. Carl DuPont.

Katie is a firm believer in art of every kind, and she is passionate about making ideas into a reality in all creative forms. When she was a young musician, a strong woman once advised her to “Go Forth and Make Great Art”, and since hearing those words, she’s never stopped.

Born and raised in Louisville, Kentucky, Katie has made her way through North Carolina up to Baltimore with the hopes to build her career in the opera world. While earning her undergraduate degree at Elon University, Katie portrayed roles such as Suor Angelica in Puccini’s Suor Angelica as well as Königin der Nacht in Mozart’s Die Zauberflöte in the operatic scenes program. She also competed in the NATS competition and qualified for the regional competition. With the support of Elon University’s Music Department, Katie successfully built her foundation in classical music. While earning her Bachelor of Science in Music Production & Recording Arts she also learned how to produce, orchestrate, and arrange commercially viable music.

Currently, Katie is pursuing her Master’s of Music in Vocal Performance at Johns Hopkins University’s Peabody Institute where she feels extraordinarily lucky to train in the vocal studio of Carl DuPont. Also, during the Fall 2020 semester, she is portraying the role of Despina in Mozart’s Cosí Fan Tutte with the Peabody Opera. Katie looks forward to broadening her technique and continue to flourish in the next steps of her singing career. 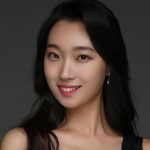 Sojung Lim, South Korean soprano, praised for her clear and warm voice, is an active performer of operatic arias. Most recently, Ms. Lim participated in a pastiche opera film “Isolation” in 2020 directed by Ann Baltz. In 2020, on February, she performed ‘Ⅶ.Enfant’ from opera Emilie by Kaija Saariaho in Griswold Hall at Peabody Institute of The Johns Hopkins University. In 2019, she participated in opera scene as Mademoiselle Silberklang from opera Die Schauspieldirektor by Mozart at Peabody Institute.

Ms. Lim has been featured in several concerts by performing various operatic repertoires including ‘Glitter and be gay’ from Candide by Bernstein. She has also collaborated with orchestras and is passionate about presenting different characters on stage. She made her debut by participating in singing role of Knabe1 of Mozart’s opera Die Zauberflöte in Seoul National University 29th Regular Opera Performance in 2015. She also participated in 3rd Philharmonic Orchestra’s Regular Concert in Seongnam Art Center Concert Hall in Korea. She sang ‘Son vergin vezzosa’ from I Puritani by Bellini and ‘Caro nome’ by Verdi’s opera Rigoletto. In 2011, she collaborated with National Police Symphony Orchestra in Universal Art Center in Korea.

Sojung Lim received her bachelor’s degree in Vocal Performance from Seoul National University in 2018. She is currently studying at Peabody Institute of The Johns Hopkins University as second year master’s student in the studio of Carl DuPont. 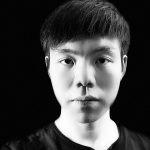 Born in 1997, Min Lu showed his talent at a very young age. He started learning music at five and received the top-class certificate of piano and vocal level examination at the age of ten. Min started learning Bel Canto at sixteen. With a huge passion for music, he was ranked top 20 nationally in 2015 and finally admitted to East China Normal University for the vocal and piano major in music education. During his university life, Min had participated in all kinds of performances and gained an academic scholarship for three years. In October 2015, he participated in the chorus of Yellow River Contata at Shanghai Oriental Art Center. In September 2016, he sang in the chorus of Beethoven Symphony No. 9 with the famous Chinese baritone Mr. Shen Yang at Shanghai Grand Theatre. In November 2017, he participated in Die Fledermaus at Shanghai Majestic Theater. From January to May of 2018, Min played the role of Alfred in Die Fledermaus at the University of Central Arkansas and achieved lots of praise. In September 2019, Min was enrolled in the Peabody Institute of John Hopkins University with a scholarship.

Not only as a singer, Min also devoted himself to education. From October 2017 to July 2018, he worked at Huaxing Art Center as a teacher in Shanghai, China. From September to December 2018, Min worked as an intern teacher in Suzhou High School of Jiangsu Province, China. 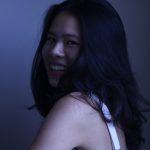 Soprano Giannie Nguyen is a first-year bachelors’ student at Peabody Conservatory in Baltimore, where she studies under Dr. Carl Dupont. Originally from Wilmington, Delaware, she was first introduced to classical music when she performed Orff’s Carmina Burana with Opera Delaware’s Childrens’ Chorus. Withal, she is a recent graduate of Interlochen Arts Academy, where she trained with bass-baritone Jeffrey Norris. While at Interlochen, she has interpreted Susanna in Mozart’s Le nozze di Figaro “Tutto ancor non ho perso,” Gretel in Humperdinck’s Hänsel und Gretel “Suse, liebe suse,” and Nella in Puccini’s Gianni Schicchi “Ecco la cappellina.” Last winter, she appeared in a master class with Salvatore Champagne. In the coming years, Giannie looks forward to continuing her development with receptiveness and inclusivity. 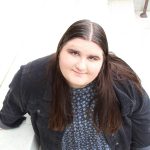 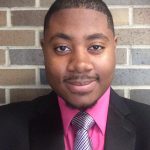 Darius Sanders is a MM-Vocal Performance Major at the Peabody Institute from Chicago, Illinois. He has done shows and other vocal performances throughout Wisconsin, Nevada, Tennessee, and Pennsylvania. Some of these include: The Wedding Singer with the West Allis Players, Dido & Ænaeas with the UW-Milwaukee Opera Company, and Street Scene with UW- Whitewater Opera. He has also done performances  with  Opera  on  Tap, Midwest Vocal Express, and others. 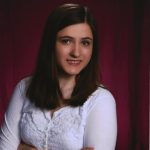 Katherine Suarez is a lyric mezzo-soprano who is committed to performing challenging works by a variety of different composers. She is currently a sophomore and is pursuing a Bachelor’s in Music Education and Vocal Performance from the Peabody Institute; she currently studies in the studio of Carl Dupont. She is the recipient of several scholarships, including the George Woodhead Scholarship and the C. Albert Kuper, III Family Scholarship for Voice. She regularly performs works by Rossini, Mozart, Bellini, Schubert, Brahms, and Verdi. She is drawn to the challenge and complexity of works by these composers. She has performed at several prestigious venues, such as New Jersey Performing Arts Center and Carnegie Hall. She is also dedicated to bringing music to the community outside of the traditional concert hall. She has performed at a variety of non-traditional venues in her community. Examples include the Paramus Veterans Home, and Pascack Valley Hospital. She has also presented several workshops at Ann Blanche Smith and Meadowbrook Elementary Schools. She also has a regular church job at Christ Lutheran Church, where she does choral and solo work regularly as well as working as a cantor. 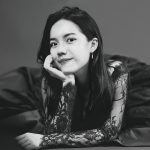 Yu-Jen Tsai, soprano, was born in Taipei, Taiwan, and played the flute for ten years before she began her study in vocal performance at National Taiwan Normal University. While pursuing her undergraduate degree, Yu-Jen appeared in the roles of Zerlina from Mozart’s Don Giovanni and Gilda from Verdi’s Rigoletto.

She is currently working on a Master’s degree in vocal performance at the Peabody Institute of the Johns Hopkins University, studying under the tutelage of Professor Carl DuPont. At Peabody, Yu-Jen has performed the roles of Flower Girl in G. Puccini’s La Rondine, Constance in a scene from F. Poulenc’s Dialogues of the Carmelites. Recently, she is working on the role of Flora in Benjamin Britten’s The Turn of the Screw.

Learn more about Carl DuPont in his bio.