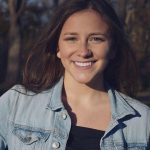 Maura Langella is a soprano from the Philadelphia area. Before Peabody, Langella studied at the Settlement Music School in Philadelphia, where she performed as a selected vocalist for two annual concerts and the 2019 ACCPAS Reaccreditation concert. Langella began studying voice at age 12 and has studied various operatic parts as well as taking part in numerous chorus opportunities. She is currently in her first year at Peabody studying under Margaret Baroody and Denyce Graves-Montgomery. 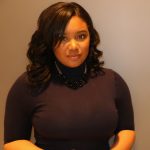 Annisse Murillo, soprano, is a second-year M.M Voice/Pedagogy student at Johns Hopkins Peabody Conservatory studying under the tutelage of Margret Baroody and Denyce Graves. In 2015, she received a full-tuition scholarship from Mannes School of Music where she ob-tained a Bachelor’s of Music in Voice in 2019. As a young musician, Annisse studied with renowned teachers and musicians in the Washington, DC Metropolitan and New York City areas such as the late Edward Jackson Jr., Bonnie Hamilton, Michele Fowlin, and Regina McConnell.

Early in her career, Annisse’s life and musical journey was featured on the NBC today show. She has also been a featured performer at various venues around the Washington Met-ropolitan area including the John F. Kennedy Center, the White House, the Vice-President’s Res-idence, Capital One Arena, the Music Center at Strathmore, Howard Theatre, Lincoln Theatre, and the Washington National Cathedral. During the Fifty-Sixth and Fifty-Seventh Presidential Inaugural Prayer Services for President Barack Obama in 2008 and 2012, Annisse performed as a solo vocalist. She was also a featured soloist in WPA’s nationally televised musical tribute to Marian Anderson, at DAR Constitution Hall. While at Mannes College of Music, she was featured in opera scenes from Mozart’s “Le Nozze di Figaro” as Contessa, and “Die Zauberflöte” as Pamina, Rossini’s “Otello” as Desdemona and Rossini’s “Zelmira” as Zelmira.

In 2018, Annisse participated in the International Music Festival of the Adriatic in Duino, Italy where she performed in a series of concerts, including scenes from Puccini’s “Madama But-terfly” as Cio-Cio-San, throughout Northern Italy and Radovljica, Slovenia. Currently, Annisse is preparing the role of Despina in Cosi fan Tutte with the Peabody Opera Theatre.

Mezzo-soprano and communication scholar, Isabela Paździerski is dedicated to healing and influencing others through performance. As a curator of emotions, she is committed to communicating and connecting with her audiences. Isabela hails from New Jersey, where she was raised by her Polish parents. She began her studies in voice right before attending West Chester University of Pennsylvania, where she holds degrees in Vocal Performance and Communication Studies. Most recently, Isabela could be seen as “Laura” in Iolanta with The Russian Opera Workshop, and “Ma Moss” in The Tenderland with WCU Opera Theatre. Her most recent communication engagement was her internship with Opera Philadelphia, where she served and the Marketing and Communication inter for Festival O19. Currently, Isabela is performing “Isolation: A Pastiche”, written by Ann Baltz, in collaboration with Peabody Opera Theatre. Isabela is a first year Master of Music candidate, studying in the studio of Margaret Baroody and Denyce Graves. Coming up, Isabela will be performing in a virtual recital featuring the 410 Studio. When Isabela is not performing she can be seen as a content curator on the lifestyle blog honestomens.com, and as a freelance wildlife photographer on Instagram (@imagesbyiza). 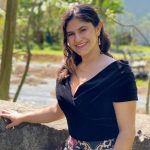 With the Boston University Opera Institute, Anna Carolina has performed the roles of Harry Wood in the main stage production of Albert Herring, as well as the Grasshopper, Chicken, and Kit in the mainstage production of The Cunning Little Vixen. For the scenes performances of the Opera Workshop, she has performed the roles of Ilia in Idomeneo, and Oscar in Un ballo in maschera.

Anna Carolina was one of two recipients of the Ellalou Dimmock Voice Honors Award for outstanding achievement in vocal performance. Anna Carolina is also one of twelve students in the senior class at Boston University to be awarded the Harold C. Case Scholarship for the 2019-2020 academic year.

Last Summer, Anna Carolina attended the Miami Music Festival Opera Institute as an Apprentice where she covered the role of Nuria in Ainadamar, by Osvaldo Golijov. She also served as an intern for the Bendada Music Festival in Bendada, Portugal, July 2019. Currently she performs the role of Despina in Peabody Conservatory’s Opera Theatre production of Cosi fan tutte.