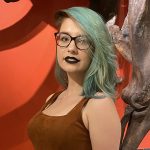 Alex Borden has been studying as a lyric soprano at Peabody Conservatory for four years, under the tutelage of Tony Arnold. For years, Alex has been working as a cantor for various churches in their hometown, and this past year, performed as a soloist in Bach’s Cantata No. 140 in Raritan Valley, New Jersey, as part of a holiday concert. On top of this, they have also been hired for private performances during the holiday season. Alex has always been passionate about music, starting with piano at the age of six. They ventured into studying flute and voice at the age of 14, where they discovered their love for classical singing. Now, Alex plans to work diligently to mould their voice into an instrument that inspires, both through performance and through education. Through this pursuit, Alex hopes to introduce classical art song to new listeners, beyond the world of classical music and into the world of mainstream media. 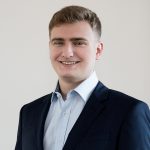 Jasper Cox, tenor, is a senior currently attending Peabody Conservatory and working towards a Bachelor of Music degree. He studies in the studio of Tony Arnold. Jasper has been singing professionally since the age of 10 when he auditioned for, and was accepted into, the Metropolitan Opera Children’s Chorus. He remained active in his pursuits for a career in classical music throughout his adolescence, as he attended the Brevard Music Center’s high school program in 2015 and Boston University Tanglewood Institute’s Young Artist Program in 2016. During the latter program, he was featured as a soloist for a performance at the Koussevitzky Shed Stage, performing Haydn’s “The heavens are telling.” During his time at Peabody, he has performed as Puck in Purcell’s “The Fairy Queen,” Gobin in Puccini’s “La Rondine,” and a member of the Street Singers in Bernstein’s MASS. He is set to perform as Peter Quint in Britten’s “The Turn of the Screw” for Peabody’s 2020-21 season. He has also participated in multiple summer programs during his time as an undergraduate, namely Si Parla Si Canta in 2018 and 2019, in Urbania and Arona, Italy, and the Milnes Voice Studio in 2020. In Italy he performed in multiple scenes and recitals and played Il Notaio in their production of Puccini’s “Gianni Schicchi.” He has performed in master classes for Allen Perriello, Chenye Yuan, and Jeffrey Gall. When he is not singing, Jasper enjoys cooking, exercising, hiking, and playing tennis. 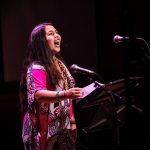 Jacquelyn is a soprano, composer, and indigenous rights activist from the San Carlos Apache Nation. As a performer, they specialize in music of the 20th & 21st centuries, with particular focus on solo vocal works, improvisation, performance art, and contemporary opera. Jacquelyn was recently featured in the title role of Saariaho’s monodrama, Emilie, with Now Hear This at the Peabody Institute, as well as Mrs. Grose in the Peabody Opera production of Turn of the Screw. Beyond this, they have performed roles in various operas such as Die Zauberflöte, Massenet’s Cendrillon, and Ravel’s L’enfant et les sortilèges, as well as performed scenes from A Midsummer Night’s Dream, L’incoronazione di Poppea, Dido & Aeneas, Blitzstein’s Regina, and Dialogues des Carmélites.

Jacquelyn was recently a vocal fellow/composer at the 2018 Oregon Bach Festival Composers Symposium, attended the 2018 (R)evolution: Resonant Bodies festival at the Banff Centre as a composer and vocalist. During these festivals, Jacquelyn worked with performers and composers Anthony Roth Costanzo, Peter Tantsits, Imani Uzuri, and Esteli Gomez.

As a choral singer, they have sung in a concert version of Harry Potter and the Prisoner of Azkaban, Beethoven’s 9th Symphony with NJSO, as well as other performances of Beethoven’s 9th at Carnegie Hall for concerts benefiting Doctors Without Borders. 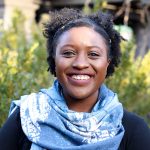 Sierra’s passion for music stems from her love of life, nature, and art, where she finds her inspiration. She has always believed in the power music has, and its ability to foster communities and bring people together, which is why she is currently making the effort to expand her compositional skills specifically for choir music in the form of setting poems to songs. In addition to this, she is currently collaborating with bright student-composers to construct and perform arias and short pieces this semester. Any opportunity, no matter the size or nature, to sing, learn, and perform is never taken lightly, as it is a means of learning more about the world around her. She has performed in theatre throughout her undergraduate career ranging from “Lillith” in She Kills Monsters (Nguyen, 2011) to “The First Wiërd Sister” in Shakespeare’s Macbeth and many partial opera roles. In addition to her undergraduate theatre roles, Sierra is currently pursuing the role of Miss Jessel in the Peabody Conservatory’s production of Benjamin Britten’s The Turn of the Screw under the direction of Garnett Bruce. This is a journey she has longed to begin, with the long-term goal of conducting and composing choral music for all ages and audiences to enjoy.

Sierra received her Bachelor’s degree from Wake Forest University in 2019, where she studied with Teresa Radonski and Dan Locklair. 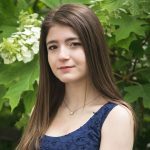 Elisa Sikula is a soprano studying towards her bachelors in the studio of Tony Arnold. Born in New York City, she started off her singing career as a chorister at Trinity Wall Street in 2007. In her eleven years at Trinity Wall Street she has performed works such as Monteverdi’s Vespers of 1610, Bernstein’s Chichester Psalms, Ginastera’s Turbae ad Passionem, and Britten’s War Requiem; and has also been seen as a soloist in works such as Handel’s The Messiah, Vivaldi’s Gloria, and Pergolesi’s Stabat Mater. Elisa started studying at The Peabody Conservatory in 2018. During her time at Peabody, Elisa has taken a special interest in historical performance practice, and is working with the Peabody Renaissance Ensemble and has been seen as the Spirit in Peabody Chamber Opera’s production of Purcell’s Dido and Aeneas. Additionally, as a versatile performer, she has also been seen in works such as Mozart’s Mass in C, Bernstein’s Mass, and most recently was seen as Flora in Benjamin Britten’s The Turn of the Screw. Elisa Sikula has performed in venues such as Carnegie Hall, Lincoln Center, Madison Square Park, and the Herbst Theatre. She has also been seen in productions such as Ellen Reid’s Winter’s Child, and Julian Wachners Rev23 at the Prototype Festival, Lisa Bielawa’s Web Series Opera Vireo, as Jaffet in Britten’s Noye’s Fludde, and the film “Love is Strange” by Sony Pictures Classics. 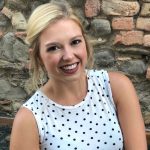 Megan Zuhowski, Soprano, is currently attending Peabody Conservatory working towards her Master’s degree in Vocal Performance. In February of 2020, she debuted the role of Margo in Béla Pintér’s American premiere of The Champion. She is currently studying with Tony Arnold.

Ms. Zuhowski received her undergraduate degree in Music with a concentration in Vocal Performance from the University of South Alabama, in Mobile Alabama, where she studied with Dr. Thomas Rowell. During her undergrad, she was involved with USA Chorale, USA Concert Choir, USA Opera Theatre, and Mobile Opera chorus. She was a Madame Rose Scholar between 2017 and 2019 and featured as Mobile Opera’s young artist for the 2018-2019 season. In 2018 she participated in Si Parla, Si Canta in Urbania, Italy. During her time in Italy, she performed several recitals, scenes programs and Le prima cercatrice in Puccini’s Suor Angelica.

Ms. Zuhowski has enjoyed roles such as Adina in Donizetti’s L’elisir d’amore, The Baroness in Offenbach’s La Vie Parisienne, Young Lover in Puccini’s Il tabarro, and Caslida in Gilbert and Sullivan’s The Gondoliers.

In addition to her operatic performances, Ms. Zuhowski has been heard performing with Mobile Symphony in the choirs for both Beethoven’s 9th symphony and Carl Orff’s Carmina Burana. She has been a finalist at NATS 2016-2019, placing first in her category in 2019. She has also taken part in several masterclasses with Metropolitan Opera singers such as Renée Fleming, Karita Mattila, Nicole Cabell, and Nicholas Brownlee.​

Learn more about Tony Arnold in her bio.