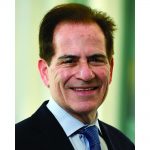 Fred Bronstein – an accomplished pianist, dedicated music educator, and successful chief executive of American symphony orchestras – began his appointment as the first dean of the Peabody Institute of the Johns Hopkins University on June 1, 2014. He was renewed for a second five-year term beginning July 1, 2019. Continue reading Fred Bronstein’s bio>> 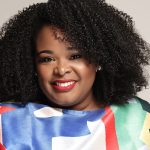 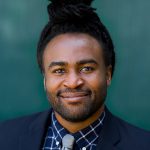 Dr. Alexander Lloyd Blake works as an award-winning conductor, composer/arranger, vocal contractor, singer, and music activist. Named Musical America’s 30 Professionals of the Year in 2019 and the Louis Botto Award for Innovative actions and Entrepreneurial Zeal from Chorus America, Blake was recently featured in both the NY Times and LA Times for work in diversity and anti-racism within classical music. Continue reading Alexander Lloyd Blake’s bio>> 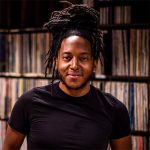 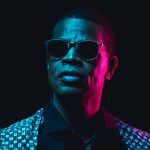 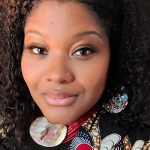 Camille Delaney-McNeil is a fierce advocate for social change through music for youth as well as a classically-trained singer and flutist. She received her Bachelors of Music from the University of Maryland, College Park and a Masters of Music from the Peabody Institute, Johns Hopkins University. Camille was previously Director of Programs with the Baltimore Symphony Orchestra OrchKids program and now serves as the inaugural Director of the innovative and trail-blazing Beckmen YOLA Center and the YOLA program of the Los Angeles Philharmonic which opened its doors in September 2021. Continue reading Camille Delaney McNeil’s bio>> 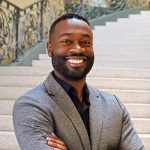 Carl DuPont is an artist, innovator, and educator dedicated to Transformational Inclusion in the arts and Care of the Professional Voice. His articles can be found in The Laryngoscope and the Voice and Speech Review. He can be heard on the world premiere recordings of the Caldara Mass in A Major, The Death of Webern, and his solo album of art songs by Black composers entitled The Reaction. Continue reading Carl DuPont’s bio>> 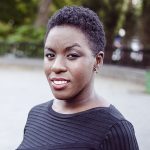 Fredara Mareva Hadley, Ph.D. is an ethnomusicology professor in the Music History Department at The Juilliard School where she teaches courses on ethnomusicology and African American Music. Dr. Hadley has presented her research at universities and conferences both domestic and abroad and has been published in academic journals and other publications. Her commentary is featured in several documentaries including the recently released PBS doc-series, The Black Church, hosted by Professor Henry Louis Gates. Continue reading Fredara Hadley’s bio>> 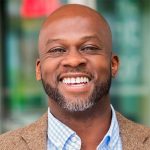 Marc Bamuthi Joseph is a 2017 TED Global Fellow, an inaugural recipient of the Guggenheim Social Practice initiative, and an honoree of the United States Artists Rockefeller Fellowship. Joseph’s opera libretto, We Shall Not Be Moved, was named one of 2017’s “Best Classical Music Performances” by The New York Times. His evening length work created in collaboration with composer Daniel Bernard Roumain, “The Just and The Blind,” was commissioned by Carnegie Hall and premiered to a sold out house at Carnegie in March 2019. His upcoming piece, “Watch Night” is inspired by the forgiveness exhibited by the congregation of Emanuel AME church in Charleston, and will premiere at The Perelman Center in New York in 2022. Continue reading Marc Bamuthi Joseph’s bio>> 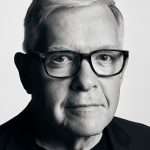 Jonathan Martin has served as President and CEO of the Cincinnati Symphony Orchestra (CSO) Cincinnati Pops, Cincinnati May Festival, and Music and Event Management, Inc. (MEMI) since September 2017.

Under Mr. Martin’s leadership, the CSO developed and is implementing a ten-year strategic plan and has greatly amplified its commitment to diversity, equity and inclusion with focused strategies to address systemic exclusion of BIPOC individuals in orchestral music. Mr. Martin has led initiatives to address the challenges from COVID-19, including targeted fundraising and capital investments to strengthen its ability to produce and deliver digital content in a changed world. 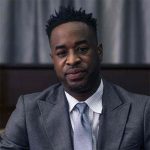 As a multi-genre recording artist and instrumentalist, Damien Sneed is a pianist, vocalist, organist, composer, conductor, arranger, producer, and arts educator whose work spans multiple genres. He has worked with jazz, classical, pop, and R&B legends, including the late Aretha Franklin and Jessye Norman, which he is featured on Norman’s final recording, Bound For The Promised Land on Albany Records. He also worked with Wynton Marsalis, Stevie Wonder, Diana Ross, Ashford & Simpson, J’Nai Bridges, Lawrence Brownlee, Brandie Inez Sutton and many others. Sneed has served as music director for Grammy Award-winning gospel artists The Clark Sisters, Richard Smallwood, Donnie McClurkin, Hezekiah Walker, Marvin Sapp, Karen Clark Sheard, Dorinda Clark-Cole and Kim Burrell, among others. Sneed is a 2020 Dove Award winner for his work as a featured producer and writer on the Clark Sisters’ new project, “The Return”, released on March 13, 2020. Continue reading Damien Sneed’s bio>> 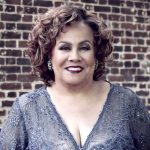 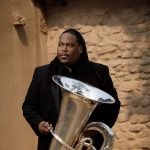 With over two decades of performing on the world’s classical music stages, tubist Richard White has matured into a musician known for his clear sound and stylistic flexibility. He began his tuba studies with Ed. Goldstein at age twelve at The Baltimore School for the Performing Arts, where he graduated with honors. He then went to the Peabody Conservatory of Music to study with David Fedderly (Principal Tubist, Baltimore Symphony) where he received his Bachelor’s degree. On the advice of Mr. Fedderly, Richard traveled to Indiana University to study with the legendary Professor Daniel Perantoni. He continued his studies there receiving both his Master’s and Doctoral degrees. Continue reading Richard White’s bio>> 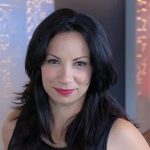 Stephanie Ybarra began her tenure as Artistic Director of Baltimore Center Stage in 2018. Prior to working and playing in the Charm City, Stephanie served The Public Theater as the Director of Special Artistic Projects, where she led the Mobile Unit and Public Forum programs. Her career started in her home state of Texas, working with Dallas Theater Center and Dallas Children’s Theater. She then fled to cooler climates, spending time at Yale Repertory Theater, Two River Theater Company, and Citizen Schools, a national after school program based in Boston. During her time in New York, she co-founded the Artists’ Anti-Racism Coalition, a grassroots organizing effort to dismantle systems of oppression in the Off-Broadway community. Continue reading Stephanie Ybarra’s bio>>