The Artists Panel will explore how the role and expectations of performing artists might change in the wake of the pandemic, and what skills artists will need to thrive in the future. 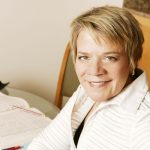 Marin Alsop is an inspiring and powerful voice in the international music scene, a music director of vision and distinction who passionately believes that music has the power to change lives. She is recognized across the world for her innovative approach to programming and for her deep commitment to education and to the development of audiences of all ages.

Her outstanding success as music director of the Baltimore Symphony Orchestra since 2007 has been recognized by two extensions in her tenure, now confirmed until 2021. As part of her artistic leadership in Baltimore, Alsop has created bold initiatives that have contributed to the wider community and reached new audiences. In 2008 she launched ‘OrchKids,’ which provides music education, instruments, meals, and mentorship of the city’s neediest young people. Engaging the local community, the BSO Academy and Rusty Musicians schemes also allow adult amateur musicians the chance to play alongside members of the orchestra under Alsop’s baton. 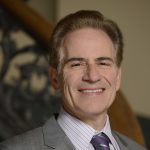 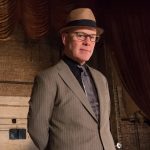 The list of breakthrough innovations in Thomas Dolby’s 35-year career is continuous. As an early MTV icon he blazed a trail for electronic music with his imaginative videos. The same year as his own record reached the top of the pop/dance charts, he co-wrote and produced the first ever platinum-selling rap 12” single “Magic’s Wand” by Whodini. His synth playing and production have graced the recordings of Foreigner, Def Leppard, George Clinton, and Joni Mitchell, earning five Grammy nominations. He appeared live with Stevie Wonder and Herbie Hancock, with David Bowie at Live Aid, and with Roger Waters at The Wall in Berlin. And his self-penned “She Blinded Me With Science” became a Top 5 Billboard hit, going on to become an evergreen geek anthem of the 1980s that still pops up in Grand Theft Auto, The Big Bang Theory, and Breaking Bad.

Thomas Dolby has created original music for feature films produced by George Lucas, Steven Spielberg and Ken Russell; he has appeared with The Muppets, and on numerous TV shows from Soul Train to The Late Show. 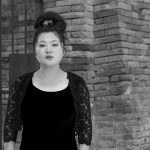 Known for her “relentless originality and unflinching social conscience” (The New Yorker),  Du Yun’s second opera, Angel’s Bone, won a Pulitzer Prize for music in 2017; in 2018 she was named a Guggenheim Fellow; and in 2019 she was nominated for a Grammy Award in Best Classical Composition. She has been hailed by the New York Times as a groundbreaking artist, was listed by the Washington Post as one of their Top 35 female composers. Known as chameleonic in her protean artistic outputs, Du Yun’s works are championed by some of today’s finest performing artists, ensembles, orchestras, museums, and organizations around the world. Her albums Angel’s Bone and Dinosaur Scar were named in the New Yorker’s list of Top 10 Albums of the Year in 2017 and 2018, respectively. 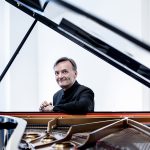 One of the most distinctive artists of his generation, Stephen Hough combines a distinguished career as a pianist with those of composer and writer. Named by The Economist as one of Twenty Living Polymaths, Hough was the first classical performer to be awarded a MacArthur Fellowship (2001) and was made a Commander of the Order of the British Empire (CBE) in the New Year’s Honours 2014. He was awarded Northwestern University’s 2008 Jean Gimbel Lane Prize in Piano, won the Royal Philharmonic Society Instrumentalist Award in 2010, and in 2016 was made an Honorary Member of RPS.

Since taking first prize at the 1983 Naumburg Competition in New York, Hough has performed with many of the world’s major orchestras and has given recitals at the most prestigious concert halls. He is a regular guest at festivals such as Salzburg, La Roque- d’Anthéron, Mostly Mozart, Edinburgh, and BBC Proms, where he has made more than twenty concerto appearances. He has appeared with most of the major European and American orchestras and plays recitals regularly in major halls and concert series around the world. 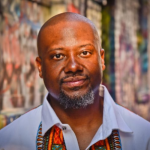 The young jazz veteran trumpeter Sean Jones believes passionately in championing the creative arc of artists who are committed to their life journey. “I think the progression of the art form comes with people being allowed to be themselves in their rawest form with no compromise,” he has noted.

Singing and performing as a child with the church choir in his hometown of Warren, Ohio, Jones switched from the drums to the trumpet upon his first exposure to Miles Davis at the age of 10. Years later, he still cites Miles’ overall artistic vision and purity of sound as his greatest personal influence. He also credits the profound impact of hearing John Coltrane with cementing his course as a trumpeter, composer, educator, and activist. 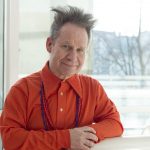 MacArthur Fellow Peter Sellars is a distinguished professor in the UCLA Department of World Arts and Cultures/Dance, where he has taught since 1988. Known for exploring challenging moral issues such as race, war, poverty, and the international refugee crisis through his work, his most notable courses include Art as Moral Action and Art as Social Action. Sellars has gained international renown for his groundbreaking and transformative interpretations of artistic masterpieces and for collaborative projects with an extraordinary range of creative artists across three decades. Sellars is the founding director of the Boethius Institute at UCLA, which invites scholars, activists, and artists to work together on projects of public significance, exploring radical ways to rethink relationships of communities and complex issues, using the arts as the point of entry and the point of transformation.