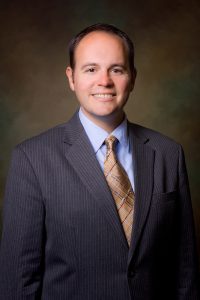 Andrew T. Kipe was recently named Interim Associate Dean for Finance and Administration for The Peabody Institute of The Johns Hopkins University. He joined Peabody in August 2018 as the Director of Concert and Ensemble Operations, bringing his experience as a successful orchestra manager to Peabody and its Breakthrough Curriculum, which is focused on equipping students for successful careers as 21st-century artists. With 25 years of experience as an arts administrator, Kipe has served orchestras in five states and has built a reputation for successfully rebuilding orchestral organizations following financial challenges. He continues to have an active role with the professional orchestral world through professional affiliations and project-based consulting work with orchestras and performing arts organizations. Kipe also serves as an adjunct faculty member at the Peabody Conservatory as a lecturer in the Professional Studies program and, since 2015, has been a regular guest lecturer with the University of Notre Dame’s Nonprofit Executive Program in the Mendozza College of Business.

Beginning in October 2013, Kipe served as Executive Director of the Louisville Orchestra following the orchestra’s bankruptcy and subsequent yearlong labor dispute that left the orchestra dark for an entire season. His tenure in Louisville saw successes that included a large growth in ticket sales, doubling overall sales in a four-year period, and an upsurge in individual donations and corporate support. His work with the Louisville Orchestra garnered national and international attention with coverage in the Wall Street Journal, New York Times, NPR’s Weekend Edition, mentions in The Guardian and Slate.com.

Kipe’s work for the arts community in Maryland was recognized in 2011 with a Gubernatorial Citation from Governor Martin O’Malley and in 2015 Kentucky Governor Steve Beshear named him a Kentucky Colonel for his contribution to the arts in the Commonwealth.