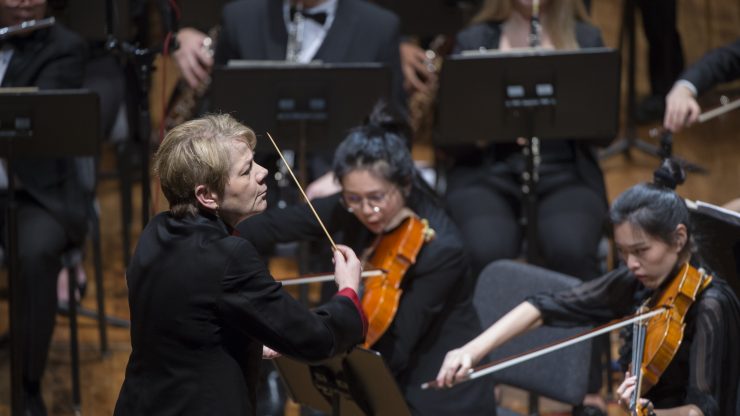 During this panel discussion moderated by Dean Fred Bronstein, Marin Alsop, Bernadette Wegenstein, and Annette Porter will share their experiences creating this film and respond to questions from the audience.

A private link will be sent to the first 250 registrants located in the United States to watch the film.

The Conductor takes the audience into the heart of classical music, and into the soul of one of its top, most beguiling artists, the internationally renowned conductor Marin Alsop.

Born in New York, Marin Alsop first saw the legendary Leonard Bernstein when she was nine-years old. At that moment, she knew what she wanted to be in life: a conductor. Told that girls can’t do that, Marin struggled against enormous prejudices and institutional obstacles for decades to become one of the world’s most renowned classical music conductors. The Conductor follows Marin’s improbable rise and her single-minded pursuit to achieve her dream. Using music conducted by Alsop herself, the director has created an emotional documentary, with a score that compliments the high and low points of the conductor’s life, perfectly mirroring the character’s interior landscape.