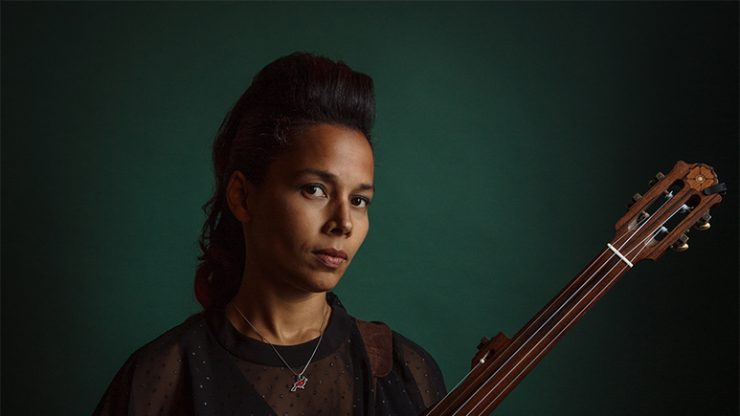 A Discussion with Artistic Director of Silkroad Rhiannon Giddens

Newly appointed artistic director of Silkroad, Rhiannon Giddens is celebrated as an artist who excavates the past to reveal truths about our present. A MacArthur “Genius Grant” recipient, Giddens has been nominated six times for a Grammy Award, and won once, for her work with the Carolina Chocolate Drops, a group she co-founded. She was most recently nominated for her 2019 collaboration with multi-instrumentalist Francesco Turrisi, there is no Other, an album that is at once a condemnation of “othering” and a celebration of the spread of ideas, connectivity, and shared experience. She has performed for the Obamas at the White House and acted in two seasons of the television series Nashville. Giddens has been profiled by CBS Sunday Morning, The New York Times, and NPR’s Fresh Air, among other outlets. She is featured in Ken Burns’s Country Music series, which aired on PBS. In 2019, Giddens formed the band Our Native Daughters with three other Black female banjo players and contributed to and produced their album Songs of Our Native Daughters, which tells stories of historic Black womanhood and survival. Smithsonian Magazine calls her “an electrifying artist who brings alive the memories of forgotten predecessors, white and Black.”