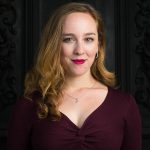 Cassidy Dixon, soprano, is a second-year masters student studying voice and voice pedagogy at Peabody Conservatory with Dr. Stanley Cornett. In 2019, Ms. Dixon graduated from the University of Delaware with an Honors Bachelor of Music in Applied Voice and Music Management Studies Minor. This fall, she will be performing the role of Fiordiligi in Cosi fan Tutte with Peabody Opera Theatre. Most recently, she performed the role of Elizabeth Bennet in the stage premiere of Kirke Mechem’s Pride and Prejudice with Peabody Opera Theatre and the role of the Countess in Le Nozze di Figaro with University of Delaware Opera Theatre. She is the recent recipient of an Encouragement Award at the Philadelphia District Metropolitan Opera National Council Auditions, the second-place winner at the Saltworks Opera Competition, the third-place winner at the Sylvia Green Vocal Competition, and the second-place winner at the Friday Morning Music Club Sue Goetz Ross Vocal Competition. 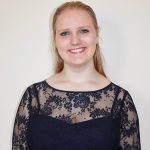 Grace Hebeisen, 19, is a freshman at Peabody Conservatory, studying voice with Dr. Stanley Cornett. Her past teachers include Colleen Daly and Catherine Porter- Borden. In November of 2019, she made her Maryland Opera debut, performing the role of “Lola” in Cavalleria rusticana. In the summer of 2019, she traveled to Greve to sing with the Bel Canto in Tuscany Young Artist Program.

She has also participated in the Lyric Opera of Baltimore Summer Program (2019 and 2017), the Washington National Opera Young Associate Program (2018), and the WNO Summer Institute (2018), where she had the opportunity to sing on the Kennedy Center’s Millennium Stage. Grace has been a prize winner in the Maryland NATS competition in  both the Classical and Musical Theater divisions, placing first in Classical Voice in 2018 and 2019. She was also a prize winner in the CAI Virtuoso Competition in 2017 and made   her debut on the Weill Recital Hall at Carnegie Hall. 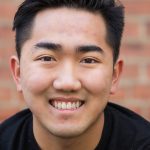 Complemented on his “affectionate vibrato” (OperaWire), tenor, Randy Ho creates an honest experience on the operatic and concert stages.

During the 20-21 season, Mr. Ho will be making his Peabody debut in a recorded production of Britten’s Turn of the Screw as Peter Quint.

Born and Raised in Denver, Colorado, Mr. Ho is a current master’s student at the Peabody institute of Johns Hopkins University. Mr. Ho holds a Bachelor of Music, and a Bachelor of Science in Business Administration concentrating on Marketing from the University of Denver. Mr. Ho is currently studying with Stanley Cornett, and previously studied with Lindemann alumnus Matthew Plenk. 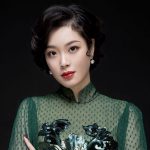 At the age of 22, Manli Deng was spotted by  the famous opera conductor  Louis Salemno and invited her to the United States for further study and signed a contract with the Maryland Lyric Opera. Manli Deng as a heroine in the Maryland Lyric Opera of many operas, and she got a lot of praise for it. Her previous roles include Mimi in La Boheme, Violetta in La Traviata, Belinda in Dido and Aeneas, Contessa in Le Nozze Di Figaro. The director of the Russian Mariinsky theater in Russia, Larissa Terkieva, praised her during a competition, and invited her to study at the Mariinsky Theater Young Artist Program.

Ms. Damara Novichenko who is the voice teacher of famous soprano Anna Netrebko, spoke highly of Manli Deng as Born for Opera! 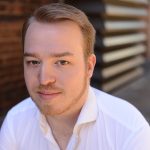 E. Lukas Schmidt, tenor, is a second year master’s student at the Peabody Institute of the Johns Hopkins University pursuing a degree in Vocal Performance. Mr. Schmidt received his Bachelor of Music in Vocal Performance from Bowling Green State University. While there, he performed roles spanning from the Baroque era to the golden age of musical theatre. Most notably the Father Confessor in Poulenc’s Dialogues des Carmélites, Guillot in Offenbach’s Le mariage aux lanternes, Tenor in Tom Johnson’s The Four Note Opera, Herman in Frank Loesser’s The Most Happy Fella, and Jupiter in Händel’s Semele.

Last year, Lukas portrayed the role of Charles Bingley in the world staged premiere of Kirke Mechem’s operatic adaptation of Pride & Prejudice. He also played the role of Prunier in Puccini’s La Rondine, both with Peabody Opera Theatre. Most recently, he interpreted the role of the Prince in Dvořak’s Rusalka with LAHSOW and is currently learning the role of Peter Quint for Peabody’s virtual performance of Benjamin Britten’s The Turn of the Screw.

In 2017, Mr. Schmidt placed second in the Conrad Art Song Competition at Bowling Green State University. He was a member of the Toledo Opera Chorus for three seasons where he served as the Tenor section leader for their 2018-2019 season. As a frequent interpreter of Swedish repertoire, Lukas has performed works by great Swedish composers such as Gustaf Nordqvist, Wilhelm Peterson-Berger, Lars-Erik Larsson, and Helena Munktell in recitals, competitions, and masterclasses alike. 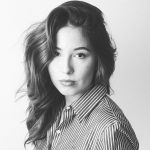 Rebecca Yakos is a soprano from the west coast who has sung all over the world and with the likes of Josh Groban, Pink Martini, and has even sung for His Holiness the Dalai Lama. Although her passion is opera, specifically performing new works, she is also an avid choral singer and jazz soloist.

She has sung with the Pacific Youth choir for 12 years and then with the Portland State Chamber choir. Under these organizations she was able sing with Matthew Oltman from Chanticleer and be a featured soloist for two professional albums under NAXOS highlighting the music of Eriks Eshenvalds.

Rebecca Yakos graduated with a BM in Vocal performance at Portland State University and is currently at The Peabody Institute for her Masters. She had been in six operas during her time with the Portland State Opera program; one of her favorite roles was Ms. Wordsworth and now is taking on another Britten Opera at Peabody as The Governess in The Turn of the Screw. Rebecca has also sung roles such as Mademoiselle Silberklang in Der Schauspieldierektor and Mabel in Pirates of Penzance.

Her career thus far has taken her to Indonesia, Argentina, Italy, and Austria. Traveling and experiencing culture through music is Rebecca’s passion and her goal is to connect youth through Opera and promote new compositions and artists’.

Read more about Stanley Cornett in his bio.